EA SPORTS FIFA 19 delivers a champion-caliber experience on and off the pitch. Introducing the prestigious UEFA Champions League, offering gameplay innovation that allows you to control the pitch in every moment and providing new and unrivaled ways to play. Experience the dramatic finale to the story of Alex Hunter in The Journey: Champions*, a new mode in the ever-popular FIFA Ultimate Team, additional leagues in Career Mode, and more. Champions Rise in FIFA 19.

Play the pinnacle of club football across a variety of modes in FIFA 19 with official match presentation, breadth in tournament experiences, including UEFA Champions League, Europa League and Super Cup, and an all-new commentary team in Derek Rae and Lee Dixon.

Modes: The UEFA Champions League, Europa League and Super Cup come to life across experiences in EA SPORTS FIFA 19. From a title chase in The Journey: Champions, to live content updates in FIFA 19 Ultimate Team, to authentic Kick Off and Career Mode integration, to an all-new standalone Champions League Mode, you can experience the greatest club football competition in the world no matter where you play in FIFA 19.

The third installment and dramatic finale of the story driven narrative, The Journey, concludes in FIFA 19 for the PlayStation 4, Xbox One and PC. In The Journey: Champions, take control of iconic young footballer Alex Hunter and pursue Champions League glory.

Build your dream squad from thousands of players and compete in the most popular mode in FIFA. Featuring content from UEFA Champions League and Europa League, the world’s most prestigious club competitions come to life with live content in FIFA 19 Ultimate Team.

Be the first to review “FIFA 2019 ULTIMATE PC” Cancel reply 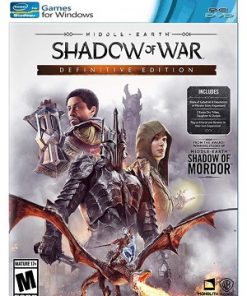